Archaeology of a Landscape

The first experiences of painting are (stage in which I reside in Madrid) outdoor notes from groups of shanties on the outskirts of Madrid, with their chaotic destructuralisation of forms and colours. Later I would centre myself (when residing in Noja) in the capricious and structured chaos of the reflections and the transparency of seascapes; this apparent structural chaos giving way to an abstract stage, of patches, colour, gesture and substance, as a consequence of the purification of the form always starting from a structure, apparently chaotic but very rigid in the composition. After passing some time with figuration, I would return to landscape, in some cases with a romantic vein, result of travels (Efeso, Cappadocia, Morocco, Senegal…) centring the view in interior spaces(markets, stores, stables, caves, ruins…) The next theme was the world of music and the musical instruments (influenced by the proximity to this sensory world) giving way, after an intense personal experience, to the current stage in which uninhabited landscapes appear, constructed from memories, the suggestions, the empathy or the nostalgia, more than a realist or naturalist vision.

«The whole of one day and a bit more». Mixed Technique over digital printing.

The title expresses the vision of a fragment of landscape through a whole day(different hours, different light, different climatology…) and “a bit more” refers to a sensorial contribution, sentimental and a little dreamlike memories and experiences in this place. I use everyday landscapes in my work which are known, lived in, mentally suggestive.

Duality of the vision-perception of the same landscape in function of the mental-luminous state.

Three nests, uninhabited, small, almost lost, as a metaphor for the passage of time, that which was a seed of life and activity and which the time transforms into something delicate, fragile, austere, discouraged, and in part desolate. 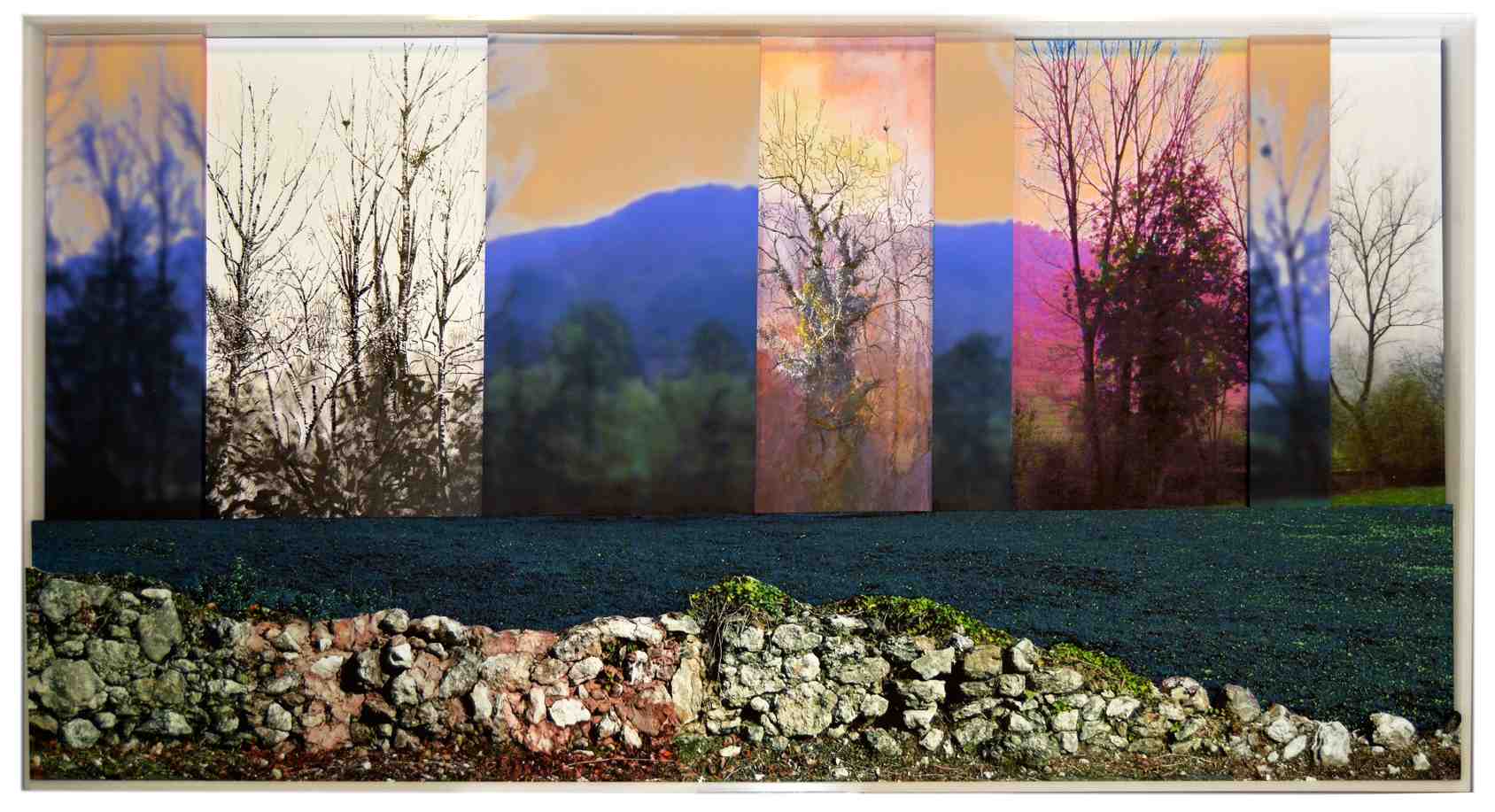 «Passing to other time». Mixed Technique over digital printing.

In a boundary wall of a farm some stone steps can be seen, overhanging the very structure of the wall. (These steps were used to access the farm without allowing the cattle to enter) I use them like a comparison which references the passage to other moments, other states, other visions of the same landscape, leaving the spectator outside, on this side of the wall. 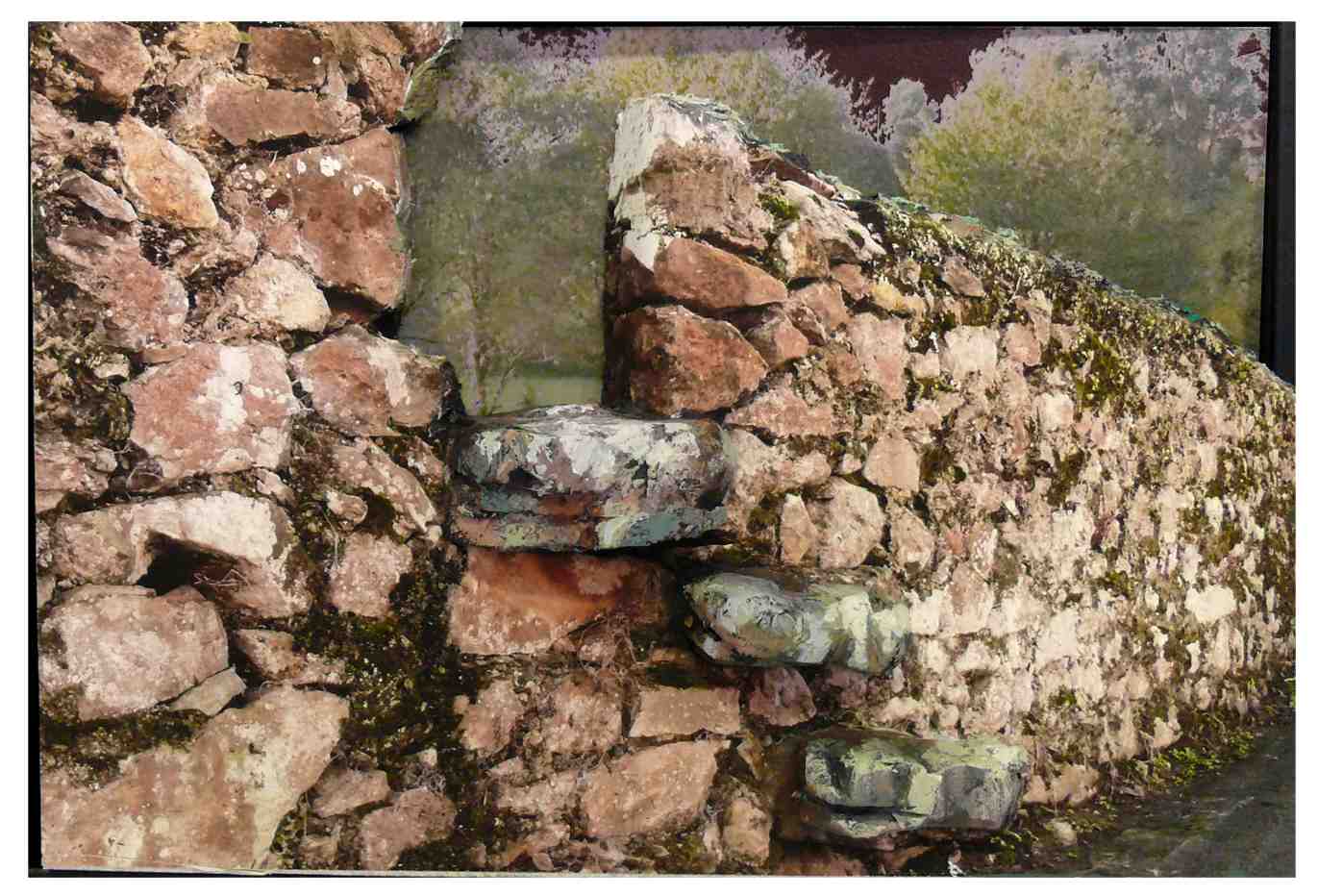